When Families Need an Advocate 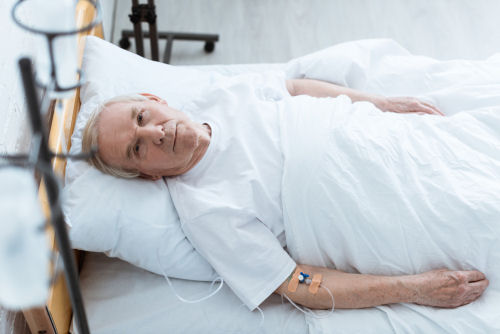 Michelle’s dad was doing so well living on his own. At 87 years old, he was healthy and still getting out most days to work in his garden, chat with the neighbors, do his shopping, and drive a few miles to the senior center to play Bingo on Friday afternoons. As his only daughter, Michelle dropped by once every couple of weeks to visit and make sure he had everything he needed. Her two brothers stopped by once in a while as well, although they both lived out of state and didn’t see Dad as often as she did.

So it was a shock when Michelle got the phone call from the hospital one afternoon. Her father had tripped on the sidewalk and broken his hip. A neighbor saw what happened, ran outside to help, and had called 911. By the time Michelle arrived at the emergency department, her father had already been admitted. The attending physician told her that once he was stabilized, he would need surgery. There were other treatment options, the doctor explained, but surgery would decrease the risk of complications and offer the best chance of recovery. But it also had risks for a man her father’s age, including post-surgical infection or blood clots.

Michelle didn’t have a medical background, and what she learned by Googling hip fractures scared her. A large percentage of seniors who suffer from a hip fracture never regain the same level of mobility and independence they had before the injury. Recovery could be lengthy and difficult. What if Dad couldn’t return home? Michelle talked with her brothers and they all worried about what would happen and what they should do to prepare.

The neighbor who helped Michelle’s dad had gone through something similar with his elderly mother. When he called Michelle to see how they and their dad were doing, he mentioned hiring a geriatric care manager to help him and his mother sort through their options. The care manager acted as their advocate with the medical team, with the rehab unit, and later on, with the assisted living facility where his mother now lived.

“I don’t know what we would have done without her,” the neighbor said. “She still keeps an eye on Mom’s care, especially since I can’t be there all the time. Do you want her phone number?”

It didn’t take long for Michelle to make the call and to set up an appointment. Her father was still in the hospital recovering from the surgery when the care manager met with him, Michelle, and her brothers. Besides helping them decide on a rehab unit when Michelle’s dad was ready for discharge, the care manager spoke with the medical team to address his pain issues, and made sure his prescription medications were correct. She also helped the family understand Medicare rules and regulations, and what was covered. Her calm guidance, knowledge, and experience reassured Michelle and her brothers, and they felt confident that their father was in good hands. No one knew what the future would bring, but they no longer felt they were on their own.

Are you a caregiver in a similar position? Consider hiring a care manager who will be your advocate, and guide you and your family member through every step of the aging journey.